Thinking about the manifesto form. How we've settled for it. How form adopts us; absorbed into it on every level, how in that case it becomes unattainable; all movements unsustainable. How that resistance is the destruction of form that is part and process of the movement into larger form. Form galvanises the edges of the universe. Billions and billions of forms.

That's a quote from wonders of the solar system episode 2 I think - Brain's at absolute peak and he's standing on some rocky cleft with the stars going about him like tiny glinting aristocrats, and he's having this really mild and pernicious orgasm (albeit involuntary) which alludes to a modern commercial festival's version of a rave, in that it cums in disappointment, and Brain's going on about light hitting his eyes, while his eyes are secretly asking you for a bag of Garies, or as he calls them "stardust"; this subatomic Randian multiversalist: planet earth - the biggest planet in the world. Basically I'd like to start a campaign to try and encourage him, and everyone else in that cultural petri dish to have these intense moments of linguistic and syntactic slippage in every manifestation of thought they can muster, public or private. What that slippage would look like is this: the bright eyes become dulled, or the dull brightness of the explanatory mode of address is seized by a genuine brightness, the corners of the mouth peel vertically towards the furrowed head ans the rings on the inside of the cheek flats gallop. At this point the orator (Cox) opens his mouth and states "don't listen to me. I'm making it up. It's written on a board. It's nothing. I don't know. My name is Professor Brian Cox and I do not understand you etc.". And this as a broad brush stroke over the rigid anti bathetic malaise of public culture in general. The only way our ontologists cause us to laugh is through absurdism drawn from the outside.

In this case our problems are environmental. Truth at the centre if we'd only care to look at it, around it all these laughing hacks (us - you etc.) creating a cacophony of indolent hysterical bleating whilst our cultural servants do their utmost to filter us out. You are standing on the underside of the water's surface. What is a derivative. The manifesto is a compressed nebula inside a light dot in a vianetta held tight between layer one, cream, the ice layer, the frozen new formalist movement, three Faber young poets and your dad wrapped around a vote. Those are some of your choices. Billions and billions of them. 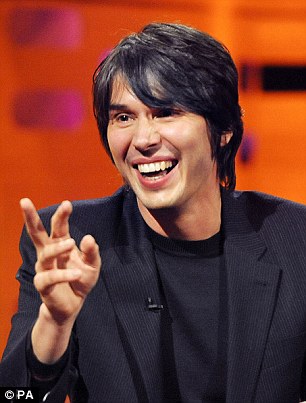