Against Transition - A Trans* Manifesto

for Syria, from Britain

... "we are not the kind of country that...". None of those arseholes were gunned down or orphaned. Next,  disaproval.
... Britain's:
"her"    human rights.
& can it be that
, oh yes, the birds and dogs are  quiet
: dawn, for a split second, how can it
safety && / protect us Lord fr/
Turn the soft earth over in yr
Thursday - Sunday at dusk & again
on the hour like a plough, dying.
(...all over the fucking ground are the unburied
where birds and dogs even the ground wouldn't
take you into it even the chasm of the floor wouldn't
open its tongue for you even your bones are flying.)
I hope those bastards win no
victories exist inside the remit
of annihilation > president Asad
we must support Assad: film ever
action < its consequence is here:

Shoot out of the ground. W/ awesome precision.
These Islamist
women, these shrieking middle
ages, we will turn
from the ground.
David Cameron's children to be
in this war. That is the right of a war; what you sey in place.
In stead. The target is magical. I love you
shrieks the my
British Hero
my difficult
undertaking:


(agh they suck you out like a dog from its skin if it had an outer casing an exoskeleton,, framework like a spider decomposing in your own self the agh skin catching like on the crater of a boil the skin sucks such commonality is abandoned cccc this never forget a ship sinks it's like it's boiling in the sea as an eruption under the coast under the floor of the ocean but really the ship is being sucked down and contained it is becoming a container of water & air & life not human life as it boils in the water it is destroying human lives it is taking in those that will consume the vestige of human lives it agh is becoming as we are a container of dead matter mine and your mouths containers of dead degrading matter that they tell you new life will emerge from this sinking & containing that nothing can be done that the fang once injected can only liquify you fucking whipped them nothing we're cutting down through the water w/ our arms trying to prize it apart to see if anyone is still alive and to our horror the paint of the ship is gone there is only life and rust even the bones have been deleted.

So it is when a missile flies down a hole like the arm the moral arm reaching down prizing apart the water uselessly for perhaps just a glimpse of the destructions it is wrought and as the water closes the light closes and opens from its surface. That is the scale I will destroy and prize apart and continue *** and to protect you, sinking lives this is % the ** the ** the *** the **** ** *** ***** ** ****** will to prevent the water closes on yr eyes as you stare up.)

No. There's a stone in my mouth
No. Even the bones. They have gone they have taken out her bones.
No. We will not just lie in the grass
No. But that is all we did.

:
to take. A great gestural clamour in Paris or inside the bus station or: Action against cocaine industries. Every line counts. There is no such thought as an ethical purchase: E.G. Jeremy Corbyn should be dismembred by shrapnel and cum in this conflict:: That is the right of this war to take. To take a difficult decision & run to take to turn
the soil over &&&& over we to take
it hurt my eyes & ears to do it
in solemnity but still
water
youth & sympathy
laser our yr fat hair.
Wake up go
to sleep you
horrible cackling
democratic right.
Next step: if you were to etch out a map
of your conscience it would yield this
heaven of detail:
That in order to understand the universe that's being made every member of the House of Commons should live in a village in the hills, the Cotswolds. And in that village
should live also Peter Sutcliffe, Rose West and Robert Thompson, and that the justice secretary
should circle the place in a bomber, and that the murders amongst them should make
them terrified, soil them with fear; their families and loved ones should be there with them too
and that the Justice Secretary's bomber should pinpoint exactly
its targets of moral decay and send missiles and bombs down accordingly.
Those members, on the map of their own conscience should go about freely
and cheerfully knowing
that they are
being protected.
O hear the call CPI or Parsec or BAE or  or or Raphael or or or or cleamncy or or or or or or or or the Occupied Banks or anyone; hear our fucking hideous call for ISIL to put down their barbaric weapons. Help to clean us Lords of comfort & murder.

& simply can't stop coming back
to this single point; a stone in the mouth

not contained by living, a stone, the bones
are gone, in the neck a stone

lives & dies in the neck, yards &
stone's love falls silent in the not

surface of water from beneath y're
staring up  in your mouth, eyes.

Or convert that poetics into a letter to your MP:

(to Peter Kyle - sent 04.12.2015)
Hello Peter. I am writing to say that what you have done, in voting for air strikes in Syria has led me to feel ashamed and angry. I voted for you, and I encouraged friends to do the same. I voted for you because I felt there was a new surge of energy in the Labour party. What I expect from a labour MP is someone who would resist the horrors the Conservative party are inflicting on our country, and other countries.
You have voted for the bombing of IS targets in Syria. Do you know much about bombs and missiles? Do you realise how loose the target term is? How IS militants are hiding in urban areas? Whether you like it or not, and whatever ideology you have convinced yourself of to be complicit in this action, your choice will mean that innocent people are killed. You are complicit in murder. However right you think you are, you are speaking the language of a murderer. Your mind is the mind of a murderer. Your hands are hands that kill. Do you see? That will be the totality of your logic, and it will be with you forever. Perhaps you have children? One day they will understand what you have done, and they will feel sick. I suppose you're the kind of person who lives in a world of liberal justifications, the greater good etc. Protecting values etc. Well, Peter, I have a suggestion -  a challenge. You and everyone who voted for these airstrikes, along with all your families and friends should move into an urban area where no one else lives. Once you've all settled into your lives we'll send in a small group of murderous bandits who will start terrorising you and your families. They will be armed snd horrible. But fear not. We're going to save you from them. We're going to drop bombs on those bandits. Don't worry. Our bombs are very accurate. Civilian casualties will be minimal. If you are comfortable enough to go through this yourself then I take everything back. Anyway, I guess I'm not the kind of person you want in the Labour party. You probably feel quite disgusted we're breathing the same air. Anyway, best of luck with your sleep pattern. Only joking. I hope you never sleep again. Goodbye cruelties,, I know it's been difficult for you. Happy new Year.
" 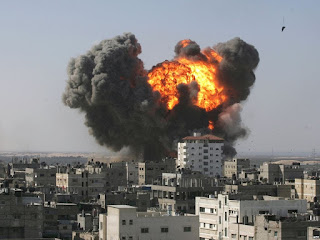 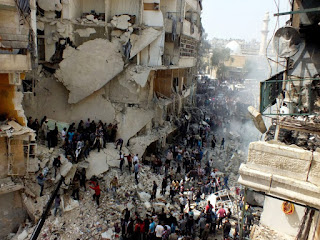 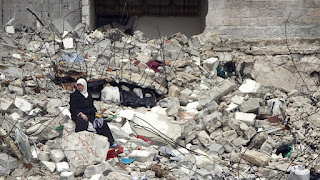 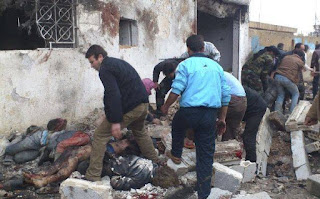 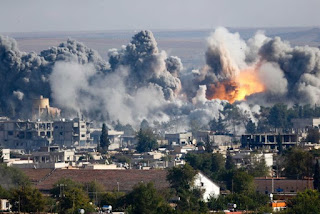 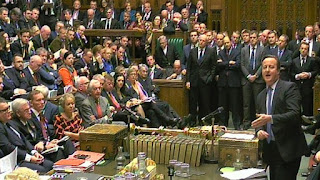 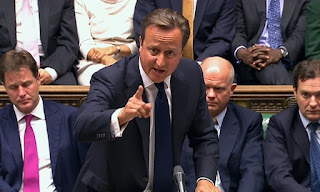