A Little Note on Trump and Succession

Today marks the day that Mr. Donald Trump wanders off and Mr. Joe Biden wanders on. I'm thinking about how terrible the language and movements of the left have been rendered under this administration. Pushed into paroxisms of submission, made to behave, framed as pro establishment. It has been the dream of the militia and the fascists. Donald Trump is not a fascist. He is fascist as in we should see his presidency as a verb, a fascist action, a ledge upon which fascist insurgency took place. He was useful because he grew up on a strict diet of positivity. The negative is not allowed in this house. Negativity is this dreadful thing to be purged and hated and shunned. Whereas the neo conservatives hoisted themselves into their empire under the pretext that terrorism ('radical islamic tm') was the worst thing in the world, Trump came ready prepared with this libidinal hatred of an abstraction called negativity. This kind of void can be charged any which way it is required, like a member of a cult. Meaning is emptied out to be replaced by belief: Belief in abstract forces and energies. Energies like positivity, success and perhaps most crucially competition. These energies come to replace the functions they are imgined usually to serve. Competition no longer pretends to have any anchor in reality: Nobody is competing to see who is best for the job, the competition measures who is the best at competing, because competition is the best thing in the world; the Godhead and the driving force, the conclusion of the management directive. It was smart of the Trump administration to gather together the haters of communism, gunheads, militias, preppers, neo nazis, reactionaries and patriots. They've never come together in such force and jubilation. Only abstraction can do this. The self criticising corners of the left have been immobilised by forty or so years of hard failure, and that failure echoes in its more unified mainstreams. The right on the other hand (and yes, I do think these terms are still useful and have their meanings, whether or not we would rather it be so) have been doing incredibly well. They continue to do so by following the void, many of them knowing it can't be filled up. Many do not. It doesn't matter. An unfillable void has irresistable traction. Tommy Robinson is a hardcore example of this. A cocaine snorting grifter and a seething family man. Someone for whom there has to be fury, whose comedowns are the forward momentum. Language has mobilised in this hard right insurgency by emptying itself out. Once you stop worrying about the meanings of things (and consequences) you can move freely, like the fantasy markets. Magical thinking can and will make meanings and consequences disappear. Like praying against your neighbours. 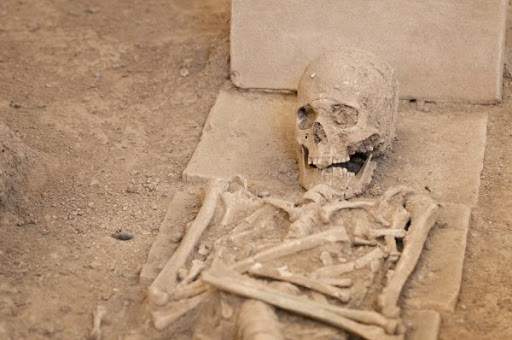 Joe Biden's win against Trump has unsettled things ever so slightly for the insurgency of the hard right. It is why Dominic Cummings lost his job. This is not a recognition of the emptiness ahead but more a realisation that a different course might need to be initiated in order to plunge headlong into it once more. I wonder whether the militias will get tired and head back to their bunkers shortly, and if so when and how they will next start to form up. Some of them may head out with guns and bombs, try to take out some establishment folks. Meanwhile a new / old tycoon called Joe will undoubtedly pursue a course of murderous neoliberalism. Who knows where he'll export it next. Perhaps we won't be asked to look at it so much, but it will be there, resting under all of our fingertips. If somebody does put a bullet in him the void created by it (the literal hole in Joe Biden) will be a temporary cyclone rather than the kind of ecstatic void that Mr. Trump came to be. Anyway, happy day to our special relations. Here's to everybody's behaviour.
Posted by two torn halves at 06:28 14 comments: 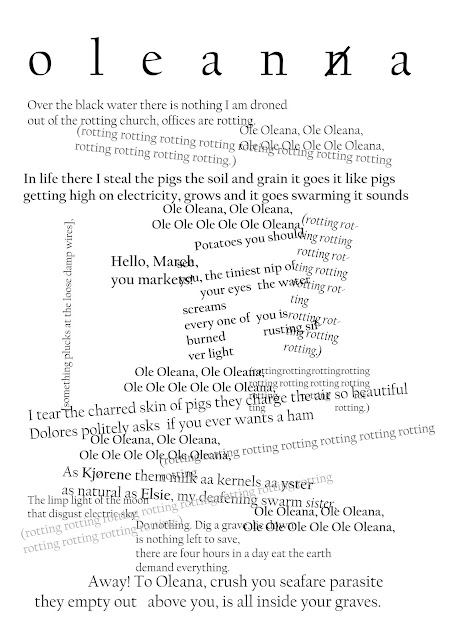 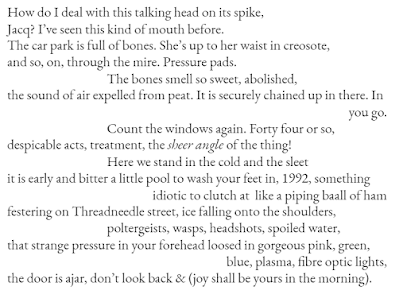 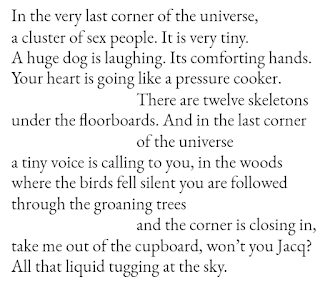 Been a while since I posted here. The Coronelles from the last few posts are forthcoming in a new book from Veer called 'Coronelles - Set 1'. The second set is on the way. Here is a poem from set 2. I have decuided for now to allow myself to call these poems sonnets, because they are. 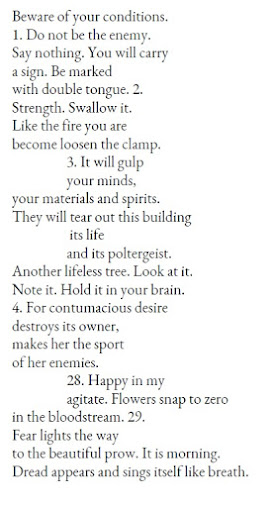 In Absence of Live Readings - Remembering the Bangers

It's hurting a lot of us, not being able to go into spaces as we usually would. The oncoming cold making outdoor spaces more difficult. Who knows where we're going... Deep underground.

In absence of these happenings I wanted to post some short memories, images and videos of events that might otherwise get swallowed in mind haze and social medias.

Here are some pictures from the Launch of Rosy Carrick's new bilingual edition of the Vladimir Mayakovsky poem Vlladimir Ilych Lenin. 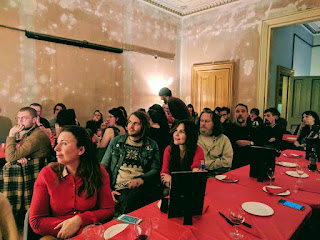 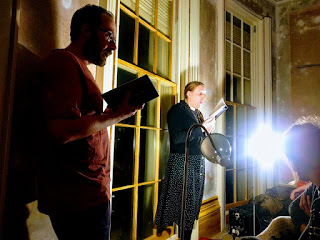 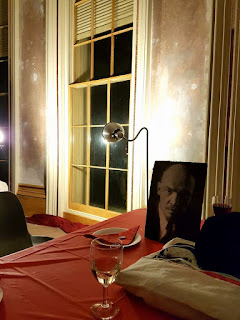 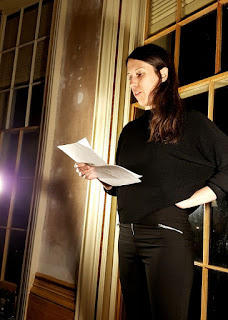 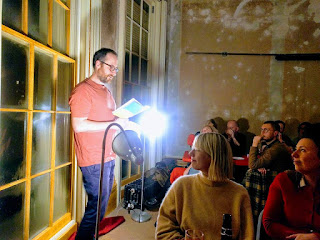 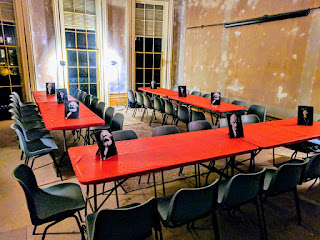 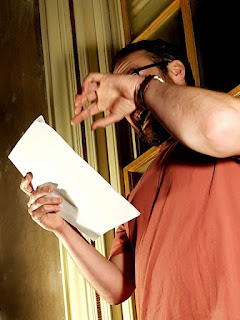 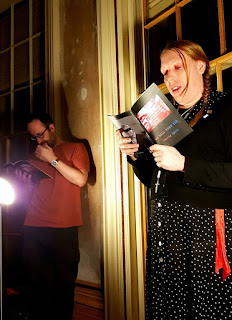 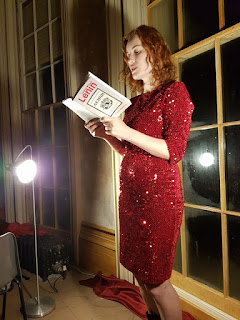 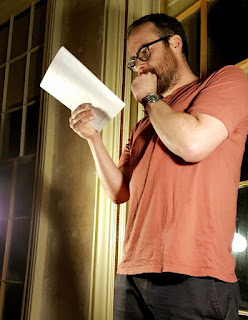 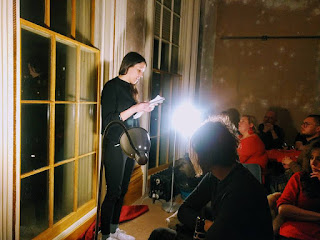 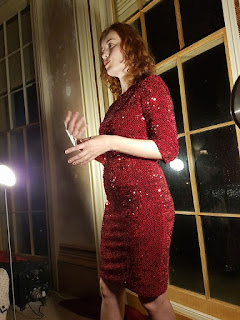